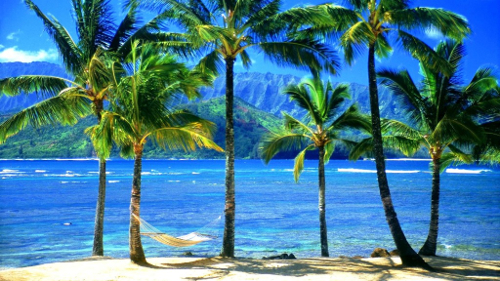 Could it be Aloha Hawaii?

Compared to the disaster that was Day 9, today was relatively uneventful.

I had a phone call from Christine – Yudoozy’s Chief of Freelancers – who needed to take my profile through the vetting process before she could release it to potential employers. This involved a 15 minute chat with me and the provision of contact details for at least two recent clients or employers.

Next, I found a Skype message from a tour company based in Hawaii, who were apparently after some SEO advice. Aloha! Imagining claimable business trips to Hawaiian islands had me extremely motivated. Mentally packing my bikinis and sarong, I dialled the number provided. Unfortunately, the call went through to voice-mail, so I left a (possibly manic) message for them to call me back.

Around lunchtime, I received an @ reply on Twitter from the online testing company responsible for the provision of skills tests for ODesk and Elance. Having seen the first few posts in this “30 days” series, they were apparently amused by my brutally honest feedback about the quality of their skills tests and wanted to discuss it in further detail. They invited me to get in touch via email, so I sent them some of the helpful notes I’d taken during the skills testing process, and threw in a few suggested improvements.

The rest of the day was spent on LinkedIn, where – egged on by well-meaning SEO buddies – I joined some popular industry groups in the hopes of making a good impression and promoting my services via conversational networking.

Somehow, I got side-tracked into a pointless conversation about the merits of GitHub and ended up in the geek version of Narnia for the afternoon. But hey, at least the day didn’t end with me refunding money to another asshole.