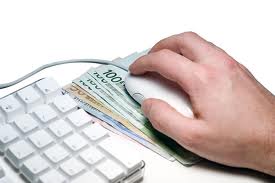 When I first heard this news, I was incensed. Now I know that advertisers can opt-out of the changes, I am a little calmer, but still pissed.

Despite Google calling this change *an improvement*, for all intents and purposes, this means Exact Match is dead. Yes, advertisers can opt-out of this so-called feature, but it is switched on by default, which means that new advertisers selecting Exact Match as a match type will wrongly assume their ads will only be triggered by exact matches of their keywords. It’s a pretty logical assumption! I don’t know about you, but I think that Exact Match should remain, you know, an EXACT MATCH. At the very least, they should change the match type to IN-exact Match so it is less misleading.

According to Search Engine Land, Google has already been testing the new functionality with advertisers and claims the change has resulted in a 3 percent rise in clicks, at comparable CPCs. In the same sentence, Google states that individual results will vary. No freaking kidding. Variations can account for a LOT of searches and for advertisers on a tight budget, this could spell disaster. Here’s an example: if you are an artist selling color prints of your artwork and targeting [color prints] as an exact or phrase match, would you want your ad to be triggered if someone types in *color printers*? No. But it seems this is a distinct possibility under the new rules.

With this move, it feels like Google is taking away some of the minimal control advertisers have over how/when their ads appear in their increasingly annoying quest to make more money for shareholders. I say hands off our Exact Match Google!

What do you think? Do you feel like the changes are reducing the control you have over your campaigns? Please add to the discussion in the comments.