There’s been some really clever Christmas marketing campaigns come across my desk this month – the type of ideas that have you thinking about them a lot longer than the bog standard Xmas marketing pitches.

So this week’s Fast Five is all about the Cleverest Christmas Marketing Campaigns. 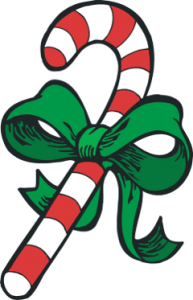 1) Coke Zero Sweater Generator by Royale for Coca Cola. This ingenious web app was the brainchild of uber-hip design firm Royale for Christmas 2013. It allowed users to design their own version of the geekiest holiday sweater ever, using a series of pre-set design features, images, colors and patterns. The top 100 designs were chosen by users and put into actual production, before being tagged with Coke Zero labels and hand delivered to the winning designers.

2) The Wondrous Wellington Advent Calendar by WellingtonNZ.com. This one is closer to home and celebrates my city of residence, so it has a special place in my heart. Wellington Tourism have designed a beautiful animated map of the city, in which they have hidden a working advent calendar for Christmas 2014. Each day this month, you are able to *open* a flap within the calendar corresponding to the date (if you can find it!). Inside is a discount offer or voucher deal for various retailers, restaurants, activities or venues around the city. Two for one gelato? Mmmmm, you bet.

3) Christmas Tinner by Game Digital plc. British video games retailer Game Digital came up with this little gem for Xmas 2013. The idea spawned after a survey of video gamers revealed that most intended to play through Christmas Day and they’d rather give up Christmas dinner than have to stop playing. Game Digital came up with the solution: a festive feast in a tin. Christmas Tinner comprises of nine layers of food – ranging from a starter to a pudding and you can see it in all it’s glory via this video review (yes he actually eats it).

4) Maker’s Mark Ugly Holiday Sweaters by Maker’s Mark. For Christmas 2011, bourbon producers Maker’s Mark created a special Christmas promotion for their Brand Ambassadors, consisting of delivering each one a special holiday sweater custom made for their bourbon bottles. Apparently the promotion was a huge hit on social media, enabling them to dominate bourbon-related search traffic and put their major competitor – Jack Daniels – on ice (sorry).

5) WestJet Christmas Miracle by WestJet. The WestJet Christmas promotion from Christmas 2013 made a SPECTACULAR impact on the Internet. Staff from WestJet in Canada placed an interactive screen within one of their boarding gates, allowing passengers to talk to Santa and tell him what they were hoping to receive for Christmas.  The supposedly random group of passengers boarding for a domestic flight from Toronto to Hamilton were then amazed to find those gifts waiting for them upon arrival at their destination. The resulting YouTube video went viral and nuts on social media. Who can resist the power of Santa Claus delivering presents via luggage carousel? Not me, I still get tears in my eyes watching this one. It’s a marketing miracle.