In what is believed to be the first major attack of its kind on the social networking site, Twitter has suffered a Denial of Service (DoS) attack overnight.

Although no user data was compromised in the attack, Twitter was inundated with so many requests that it couldn’t respond to legitimate requests thereby denying service to many users. For the non-techies reading this who want to know exactly what a Denial of Service attack is, Dave Taylor has written a very un-geek explanation of it.

The strength of the attack on Twitter was enough to crash the popular micro-blogging site for over 60 minutes and has continued to cause ongoing connectivity problems for Twitter addicts ever since.

“We are defending against a denial-of-service attack, and will update status again shortly.

Update: the site is back up, but we are continuing to defend against and recover from this attack.

Update (9:46a): As we recover, users will experience some longer load times and slowness. This includes timeouts to API clients. We’re working to get back to 100% as quickly as we can.

Update (4:14p): Site latency has continued to improve, however some web requests continue to fail. This means that some people may be unable to post or follow from the website.”

In their official blog, co-founder @Biz stated today that Twitter staff don’t know or would prefer not to speculate on the motivation behind the DoS event, except to say that it appears to be a single, massively coordinated attack and that many other companies and services were also affected. One of the major services affected was Facebook.

News of the DoS attack spread very quickly and when Twitter finally came back online, the event even spawned its own hashtag #whentwitterwasdown so Twitterholics could humorously share what they were doing during the downtime.

Based on the sheer scale of the event, it appears the attack was a Distributed Denial of Service (DDoS) using trojans or zombie machines. Whatever it was, Twitter has some serious stability issues to iron out as a result. 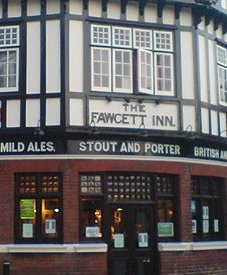 You know how sometimes you have a funny conversation with someone and it turns into a running gag every time you see them? Yep I love those too.

Because it’s the middle of the week and because we’ve had enough exciting search engine news in the past few days, I thought I’d break with tradition on the blog and share one of those funny conversations with you instead.

Warning: If you’re squeamish about naughty words, or just a prude in general, look away NOW.

So the other day my husband Jerry and I were reminiscing about a pub we used to go to in the nearby port town of Lyttelton called the Rat and Roach. It used to serve monster hamburgers which were delicious, but it ended up closing down, no doubt due to the poorly thought out name of the place.

That conversation led to us having a verbal competition to see who could come up with the silliest pub name, real or imaginary. It’s an ongoing battle but here’s the score so far:

ME: The Rat and Roach (real)

HIM: The Ox and Pickle (imaginary)

ME: The Spank and Fiddle (imaginary)

HIM: The Cock and Balls (imaginary)

ME: The Pickit and Hives (imaginary)

HIM: The Bendover and Wallop (imaginary)

ME: The Earl of Hurl (imaginary)

ME: Her Majesty’s Nipple (imaginary)

As you can see, I’m well in the lead with those last few, but I’ll add more as they roll in.

To help the cause, I took the competition onto Twitter to see what silly pub names other people may have come across. It even spawned it’s own hashtag #sillypubnames

It wasn’t long before we had some hilarious additions:

@Teifion: The Rat and Carrot (imaginary)

@seoidiot: Fanny By Gaslight (real – I kid you not, in UK)

@Teifion: The Pig and Marmalade (imaginary)

@barrysaunders: The Lick Her Store (real – bottle shop in Sydney)

@Teifion: The Pipe and Cucumber (imaginary)

@ChelleC79: The Lion and Pineapple (real)

But as @seoidiot pointed out in one of his tweets, when it comes to silly pub names that actually exist, the UK wins out every time.

Check out these classics featured in an article called The UK’s Weirdest Pub Names :

and the gold medal goes to:

Hope you enjoyed these.

Come across any silly pub names of your own? Join the fun and please add them in the comments or tweet them using the #sillypubnames hashtag.

As I am submitting my site to directories as part of my link building campaign, I go back to some of the ones I submitted to 3 or 4 months ago and can see my info/link on these directories. However, when I check on Google WebMaster or Yahoo Site Explorer, these links are not listed as incoming links.

Can you tell me why that is?

There could be a number of reasons for this.

It’s not uncommon for some directories utilise the ‘nofollow’ tag, or use redirects or javascripts to link to your site. If any of these techniques have been applied, the link won’t be shown in the Webmaster / Site Explorer tools.

Some directories are very low quality, excessively employ reciprocal linking, sell links and/or link-out to bad neighbourhoods – if you’ve got a link from one of these directories, the link won’t pass any value and also may not be displayed in the link checking tools either.

Then there are the directories that are really big with hundreds/thousands of categories and sub-categories (and if those categories are not updated on a regular basis), then there’s also a very good chance that the spiders may not have crawled deeply enough to even find your link.

While submitting to a few of the more trusted directories isn’t a bad thing, my advice would be to adjust your link building approach.

Spend more time building relationships and trying to get a few really good, relevant links from well trusted sites instead of submitting to a bunch of average directories that most likely don’t pass much real link value.

I have a question about SEO and flash. We insert flash headers into our web pages sometimes and also use it to insert video into site pages now and again, but we don’t do entire sites in flash. Are there any recent tips or tricks to optimizing the type of flash we use for our sites? Are there any standard coding tips we should be implementing?

As you are aware, fully Flash websites present a major problem for SEO. Traditionally most flash websites do not rank very well (if at all), and despite recent improvements in the ability of search engine spiders to crawl Flash, this is still mostly true. These days, even though search engines are able to navigate through flash sites, idenify content and locate (and follow) links, it is still (as far as I am aware) not possible for search engines to link to specific sections or “pages” within a flash file.

The approach that you have taken – using Flash elements within a traditional page – is the best way to make the most of the Flash functionality and still maximise your ranking potential. Once I would have recommended that if you use flash for navigation you should also provide a text based navigation alternative, to allow search engines to crawl the site. However, I believe that this is no longer necessary as I am starting to see pages indexed by the search engines that are only linked from within flash – proof that crawlers are in fact able to navigate and index them successfully.

There is less evidence however, to show whether search crawlers are able to associate relevant anchor text in the flash file with the link (as they would for a text based link for example). There are also fewer constructs within flash to allow you to associate additional keywords to links, so text links are still likely to be better for optimizing your site. By all means use Flash elements if you need or want to but be sure to also include plenty of other non-flash content.

Optimization for Flash Videos is much the same as optimising any video. Even though search engines are getting better at understanding video – and I suspect it may be sooner rather than later that they will be able to automatically transcode and decipher comtent for the audio track of videos – this is not yet the case, so you should ensure that any pages containing video content also contain relevant text based content and keyw9ords (and preferably a full transcript from the video).

As for other tips and techniques for optimizing Flash – it’s really too big a topic (and probably to technical) to cover in this blog – but you may like to take a look at this Flash Website Optimisation Strategies post by dgm in Sydney.