Yeah, well travel portal Expedia has taken the new functionality a step further by adding emoji characters to their title tags in an apparent attempt to gain attention in the search results. Pretty clever, no?

For some reason, the emoji aren’t displaying in the Google.com results showing from NZ, so it may be that only some data-centers have the feature supported right now, but you can see an example in the image above and others via the previous link.

It would be fascinating to know if the move has increased click-through and by what percentage. I would imagine it would be having some positive effect, similar to the impact author photos had in search results for articles and blog posts using the now defunct Google Authorship tag (yeah, thanks for pulling that one Google).

The question now is: how long before I get asked by a client to add emoji to their title tags and how much can I justify charging for adding smilies to HTML code? And more importantly, how long before Google pull the pin on support for emoji in title tags after millions of SEOs start copying Expedia?

Only time will tell.

POSTSCRIPT: In a Google Webmaster Hangout today, John Mueller confirmed that it is likely Google will pull support for emoji in search results in the next few months. Thanks to Jennifer Slegg for the heads up.

POST-POSTSCRIPT: It’s been confirmed that Google has already dropped emoji from search results pages. That’s all she wrote, folks.

In a joint release issued today, Microsoft and Yahoo announced that they will be amending and extending the strategic search partnership they originally signed in 2009.

1) Yahoo will have increased flexibility to provide search functionality to other platforms, on both desktop and mobile search as the partnership is non-exclusive. Yahoo will continue serving search results and Bing Ads to desktop search audiences.

The revenue split of the original partnership appears to remain unchanged. Yahoo will continue to receive a share of the profits delivered to Microsoft via Bing Ads displayed within Yahoo search results.

The partnership extension clearly indicates the joint venture has been a profitable one for both companies and a tactic that continues to help each of the companies compete with the market Goliath that is Google. 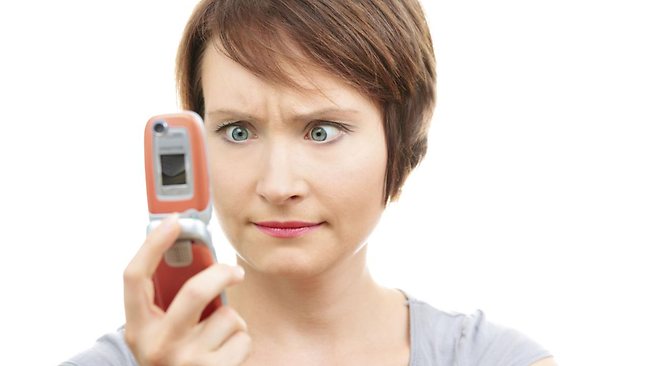 They’ve been warning us for a while, but Google have finally announced that mobile-friendliness will be added as a ranking signal next month:

“Starting April 21, we will be expanding our use of mobile-friendliness as a ranking signal. This change will affect mobile searches in all languages worldwide and will have a significant impact in our search results”

The fact they use the word *significant* is, well, significant. You don’t often see them give algorithm tweak announcements this kind of adjective emphasis. Normally, they’ll use vague phrases like “potential impact” or “quality improvements” or “Matt Cutts suggests”. So you can be sure that the forthcoming changes are going to be the source of panic attacks in webmasters the world over and late night Skypes for SEOs everywhere (yeah, thanks a lot Google).

Meanwhile, responsive WordPress theme designers will be rubbing their beards with glee at the prospect and adding more Threadless t-shirts to their wishlist.

So let’s assume for a moment that you have spent the last two years watching LOL cat videos on Facebook instead of making your website mobile friendly. Let’s also assume that your site has a scarlet letter displayed across it in the SERPs instead of the desirable mobile-friendly banner issued by Google.

What can you do now to ward off the Google ranking oblivion heading your way? In the words of Douglas Adams: DON’T PANIC.

In an announcement today, Mozilla revealed that Yahoo has replaced Google as the default search engine for their browser Firefox.

The announcement took many of us in the search industry by surprise, especially as Google has been the default Firefox search engine since 2004.

The deal comes as part of a five year strategic partnership between Mozilla and Yahoo!, a clear tactical alliance given that Yahoo’s major competitors both own browsers that are stealing market share from Mozilla’s Firefox. Google’s Chrome has now ousted Firefox as the main competitor to Microsoft’s Internet Explorer, leaving Firefox with less than 20 percent of the desktop browser market. And don’t even mention mobile device browsing.

According to Mozilla, their agreement with Google came up for renewal this year. With Chrome biting at their heels, they naturally took the opportunity to explore new options.

The partnership is a huge tactical victory for Yahoo and has clearly been in the pipeline for some months, evidenced by the gushing blog post from Yahoo’s CEO, Marissa Mayer:

“This is the most significant partnership for Yahoo in five years and we’re so proud that Mozilla has chosen us as their long-term partner in search. This partnership helps to expand our reach in search and gives us an opportunity to work even more closely with Mozilla to find ways to innovate in search, communications, and digital content. I’m also excited about the long-term framework we developed with Mozilla for future product integrations and expansion into international markets…

Our teams worked closely with Mozilla to build a clean, modern, and immersive search experience that will launch first to Firefox’s U.S. users in December and then to all Yahoo users in early 2015.”

It’s important to note that Yahoo will not be the default search engine in all countries, just the United States at this stage. In fact, Mozilla made it clear in today’s announcement that Firefox will no longer be promoting a single global default search provider, but are adopting a more local and flexible approach, with new and expanded search partnerships by country.

Firefox will come with 61 search providers pre-installed across 88 different language versions. Google, Bing, DuckDuckGo, eBay, Amazon, Twitter and Wikipedia will continue to be built-in as alternate search options to Yahoo for US-based searchers.

The move confirms rumors that Google is serious about selling domains – rumors that began when the Internet giant made DNS changes to GoogleDomains.com in late March, after having owned the domain for several years. Domaining is a thriving industry, growing every year, as evidenced by GoDaddy’s latest IPO announcement.

Google Domains is currently in invitation-only BETA release, but on appearance, will be a fully-fledged domain registration service on public launch, with all the customizable domain features of large registrars.

I’ve requested my invitation to participate and will review the service here on the blog as soon as I can. Watch this space!