My sister has just hired a SEO company based in The Philippines to provide weekly content for her company blog. As I’m a bit more web savvy than she is, she asked me to look over their service outline just to be sure she made the right decision.

Problem is, this “Google optimized content” they are providing seems to consist of copying popular blog posts from other sites in the same industry (women’s health and beauty) and re-writing them in a slightly different way before publishing. I don’t know a lot about SEO, but I am sceptical that Google would approve it. Besides the SEO consideration, this tactic just doesn’t sit right with me.

Is this a legitimate SEO tactic or could it harm my sister’s site in any way?

You are absolutely right to be sceptical. By the sound of things, this *SEO* firm employs a technique called site scraping – where the content of other sites is copied or “scraped” and either republished unchanged on a different site, or re-written slightly and THEN republished.

Long term readers of this blog might recall my hilarious battle with site scrapers in the past and the revenge I took on them. I’ve got no problem outing site scrapers, especially when all attempts at communication have been ignored. Their tactics are not only unprofessional, but go directly against Google’s published Webmaster Guidelines.

Take BrainySEO for example. This “blog” (run by some clown called Mayank Jain in Singapore) blatantly scrapes the content of hundreds of blogs across the net, including mine. What’s hilarious is that the scraped content is run through some bizarre automated plagiarist thesaurus (I’m guessing Babel Fish) to translate it into a slightly different version of the same content as a way to avoid Google’s duplicate content filters. It is then published on servers based in the UK.

The second (scraped) version reads like a drunk Aunty.

The service that your sister has signed up for sounds suspiciously similar. As Google re-iterates in their Quality Guidelines:

“Scraped content will not provide any added value to your users without additional useful services or content provided by your site; it may also constitute copyright infringement in some cases”.

Typically, Google and other engines will ignore or filter scraped content out of the search results for target search terms. But that’s not the only negative impact it can have.

Sites like ScamAudit.com provide a rudimentary way of measuring the trustworthiness of sites and suitably, BrainySEO is ranked as *seems suspicious*.

So my prediction is at best, the content your sister pays for will be worthless. At worst, it may impact the reputation of her business and the trust of her customers.

My advice is that she should sever the contract immediately, perhaps citing Google’s Quality Guidelines as her justification.

Let us know what happens!

Need to learn more about legitimate SEO tactics but not sure where to start? Access your Free SEO Lessons. No catch!

I took your Google Analytics 1 day course last year through the Institute of IT Professionals (and loved it)!

I’ve been getting a few curly questions from our members (physiotherapist business owners) that I don’t know the answer to so I was seeking your help. Here’s one that I had from one of our members, just on the off chance that it’s a super easy one to answer! If not I will continue on my googling quest to find the answer.

He says “I’m a physio business owner and a competitor is using my actual business name in their Adwords – not in the keyword search terms but the actual ad. IS this illegal and can I make them take it down?”

Kalena, from my research through Adwords policies it looks as if the answer is no, this is not illegal. Using a trademarked term “Gmail” in your ads is illegal – but I couldn’t find any mention of just using a business name.

Appreciate any insight you might have! And will hopefully see you at another course this year.

I do remember you, lovely to hear from you.

It all started with a question submitted to my blog: Can competitors use my company name in their AdWords ads?

After some more research, I ended up writing a more detailed article about it for SiteProNews: Making Sense of Trademarks in AdWords.

The short answer is that it depends on the region of the advertiser. Google may also have changed their policy since publication of that article, so make sure you check for the latest policy wording.

Need to learn AdWords but not sure where to start? Become a subscriber and take our PPC101 course. 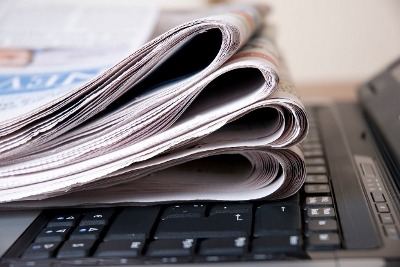 If you don’t pay regular attention to Google’s Webmaster Guidelines, you might have overlooked it, but last month, Google made a significant change to their definition of link schemes.

Google also removed these examples from the link scheme guidelines:

The changes are important in SEO circles, because article marketing, guest blog posts, advertorials and press release syndication are often key components of holistic SEO campaigns. Note in particular that “links with optimized anchor text” are mentioned specifically for the first time. Until fairly recently, the use of anchor text was considered a standard component of effective article writing and any on-page optimization.

With these changes, article syndication and press release optimization – unless implemented extremely carefully – may end up having a negative SEO impact on the very web sites they were intended to help.

In the wake of the changes, we took our Search Engine College Article Marketing course offline temporarily to check lesson content against the new guidelines and re-write any sections that may have been ambiguous.

If your SEO strategy uses any of these initiatives, I suggest taking a very close look at the revised Google Webmaster Guidelines and ensuring your implementation adheres to the revised policy.

I have just started up an SEO company in Bangkok called Search Sense Thailand and have my first real break. Yesterday I got a new job to work on a real estate agent’s website, with a brief to get them onto the first page of Google for Bangkok Property.

But there’s one site, position #2, that has duplicated six websites, all linking to one another and using keyword spam on all their domain names. And I cannot compete with it! Why does Google weigh the domain name so heavily? Why does it allow duplicate content, from the same owner to dominate their search? This is just plain wrong. I would like some help on this, please. How can I get Google to take any notice?

Out of curiosity I checked Google and did a search for “Bangkok Property” and did not notice the issue you are stating above. This is not surprising, as Google often shows different results for different users.

However, to answer your question. If you would like to report spammy activity to Google you can use the link below. If I were you I would concentrate on all of the good whitehat tactics that you no-doubt employee, and try to beat him that way. By collecting good quality, relevant links, and filling the site with useful relevant content you can eventually beat him.

Can you recommend a service that will give me a monthly report on page positions for my website based on keywords. I have been using Submitnet.net, but they recently changed their program and no longer give me what I need.

Web Position is probably the best choice for running monthly search ranking reports. They have a free trial. BUT you should be aware that some of the functions performed by this tool (e.g. automatic submissions and search rank querying) are discouraged by Google in their Webmaster Guidelines.

Other tools you might find useful for SEO and SEM are listed here and here.