Despite the final vote tally, Twitter was the clear winner of the 2012 US Presidential election.

No matter what your political bias, the Twitter feed for the past 24 hours has captured the highest and lowest points, the heckling, the gags, the tantrums and the vote count. Once again, Twitter was the place to be to get the most up to date vote tally as State by State fell to each of the candidates. With news agencies reporting inconsistent or biased results, confused voters turned to Twitter to get faster updates via the hashtags #Election2012, #USElection and #USAElection.

According to Twitter staff, election conversation saw Twitter reach a peak of 327,452 Tweets per minute this evening, with not a single Fail Whale in sight – something Twitter staff were extremely proud of.  The company has clearly improved on their server load contingency plan since the last election.

And just as well too, because newly re-elected President Obama (@BarackObama) chose Twitter as the medium for his first acknowledgements of victory: 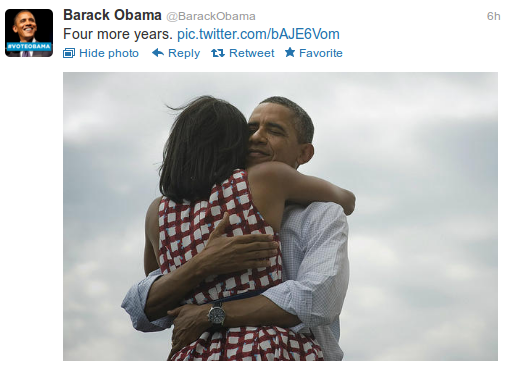 However, not everyone was happy with the election outcome. Outspoken Republican Donald Trump (@realdonaldtrump) surprised everyone with his vitriolic, bizarre and seemingly unpatriotic stream of tweets immediately following Obama’s victory: 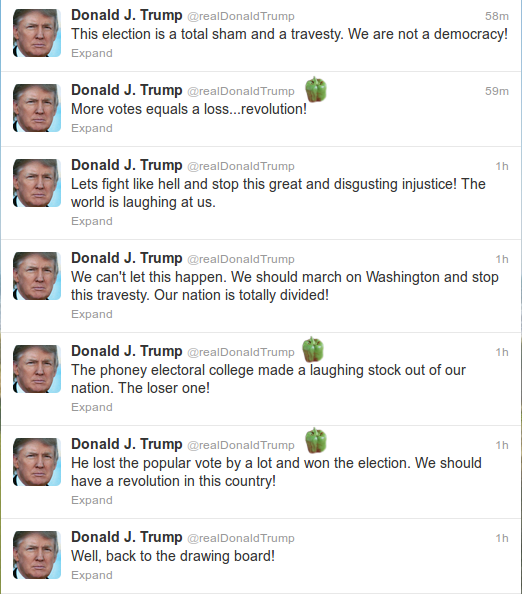 Possibly the most amusing point about this epic tantrum was Trump’s incorrect assumption that Romney had won the popular vote and that the world was laughing at America because of a miscarriage of democracy caused by the electoral college system.

The tweets highlighted with the green pepper were actually deleted from Trump’s feed within an hour of them being posted, suggesting that Trump’s minders may have stepped in to prevent him from further embarrassment.

Trump’s tantrum prompted a wave of hilarious responses from the Twitterverse, some of which are highlighted in the images below. 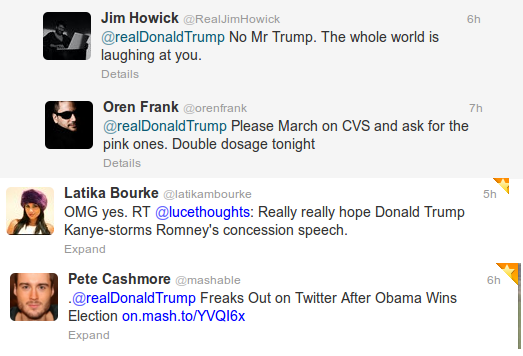 But for those of us who stayed on Twitter during President Obama’s victory speech, the hilarity continued. About halfway during his speech, someone on Twitter pointed out that the woman in the crowd directly over the President’s left shoulder had decided to stick her US flag into her hair and was waving it about with great enthusiasm. 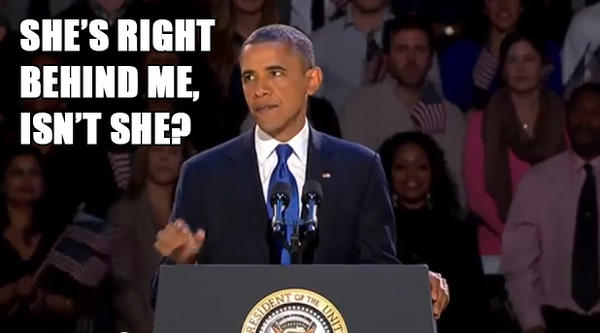 The gesture generated an instant Twitter meme, similar to the one NASA employee @tweetsoutloud prompted when his space-influenced mohawk was spotted on camera during the recent Mars Rover landing.

Within a minute or two, the hashtag #hairflag was born, with witty tweets temporarily hijacking responses to the President’s moving and heartfelt speech. 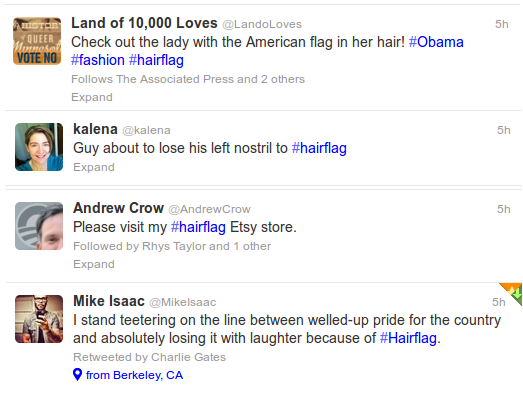 I couldn’t resist a #hairflag tweet of my own! By the time President Obama walked offstage, the #hairflag meme was in full swing, with inspirational posters, Facebook pages and parody Twitter accounts.

So Election Day closes with 31 million tweets posted and Twitter a clear winner, once again. Hope you enjoyed it as much as I did.