I’ve read that Google ignores them, but I’ve seen commas as well as full stops (periods) used in title tags as a way to separate keywords for Google and not just visually.

Here we have two different and distinct keyword phrases: “SEO service in New York” and “SEO audit New York”. It is clear enough.

I know that the best practice is to optimize each page for 1 or 2 keywords, certainly not more than 3 keywords. So what is your opinion on the use of commas and full stops to separate keywords in the title tag?

First up, the impact on search results of using punctuation in title tags is minimal. Google usually ignores commas and separation symbols. You should use punctuation primarily to write grammatically correct titles that make sense to humans.

Commas (,) should be used as commas, not separators. Full stops should be used to end a logical sentence. However, pipes (|) and hyphens (-) can be used as separators. Colons (:) aren’t ignored and imply to search engines that what follows is a subtitle or explanation / elaboration.  Hyphens can also sometimes be interpreted as colons. As a separator, the pipe is usually preferable to use because of its small pixel width.

Having said all that, the best option is to use as little keyword real estate as possible in your title tag, so that means combining your keywords into phrases that cover several individual keywords / phrases and not repeating keywords unnecessarily.

So, for example, if you are targeting the 2 phrases: “SEO service in New York” and “SEO audit New York”, then I would create the title tag as follows:

instead of the longer:

Notice that my version takes up less space, but now has no keyword repetition and includes the plurals *services* and *audits* as well as the longer *New York City* instead of the shortened version. This means that my title tag is optimized for a wider range of search terms, even though it is shorter in character length. It also includes the company name at the end of the tag, separated by a pipe.

Although longer, this still falls within the accepted character count for the title and would be a relevant match for search queries by persons using the long form *search engine optimization* as well as the shortened version *SEO*. 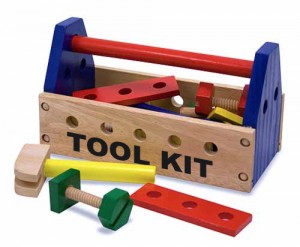 If you’re a regular reader of this blog, you’ll know that I’m a big fan of time-saving tools and short cuts that can make life easier for digital marketers.

On a recent trip down the rabbit hole of online marketing blogs, I came across the a tidy collection of SEO resources collated by Amar Hussain of website broking company FE International.

Pitched as the ultimate toolkit for digital marketers, the collection is unique in that all of the resources are free. This is great news for marketers on a budget and ideal for my SEO students, many of whom are still in college or on low incomes.

Each of the resources are categorized along the following themes:

While there are many tools in the list that I know well, I was pleasantly surprised to see a large number that I haven’t seen before and can add to my own toolkit. Of these, Optimizely, WordSmith and Five Second Test were the most exciting finds. 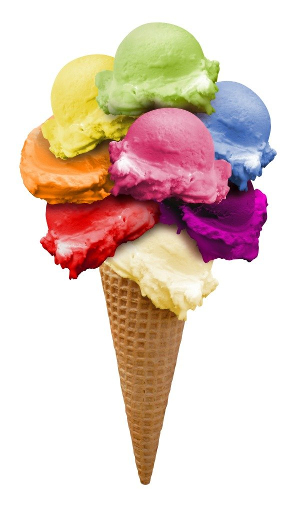 I awoke on Day 13 with a renewed sense of purpose and a determination to impress my first Elance client. After logging in to the Elance system, I switched on Tracker with Work View and got started on setting up Analytics benchmark metrics and KPIs.

Around midday I received a phone call from another client and spent about 30 minutes surreptitiously checking my Facebook while trying to decipher what she was actually calling about. I still don’t know. Unfortunately, I had left Work View on while she called and now there were several screen-shots of my Facebook page displayed in my Elance project. Fumbletruck.

Thankfully, I learned there was a way to remove screen-shots from Work View, but you have to sacrifice any time tracked during the same session as the screen-shot was taken. Ouch. I ended up losing about 20 minutes authentic work time, but learned my lesson (or so I thought).

Meanwhile, my potential Hawaiian client had gone suspiciously quiet. Given his enthusiasm, I had spent nearly 4 hours auditing his AdWords account and preparing a detailed proposal to address all the issues. But I hadn’t heard anything for a few days. So I sent him a Skype message to see what was going on. In return I got: “Will keep you in the loop..next few days..super busy. We do need help, just working on the puzzle to add you in! Much Mahalo”. Hmmmm. Maybe I should stop mentally packing my bikinis for Honolulu. But I figured I could live with a few days delay.

So back to Elance I went, logging in to find I’d been invited to pitch for a job working with Gelato. Or maybe it was Velato. (Why oh why couldn’t it have been Gelato?). Anyway, it was some programming language that I have absolutely no skills in whatsoever. Why the client deemed me a suitable match for the job, I’ve got no idea. Maybe he thought it was Gelato too (my ice-cream eating abilities having obviously been syndicated via Instagram). Whatever. But I’ll never know as I turned it down.

But now I had serious sugar cravings and went on a search quest to find the perfect gluten-free caramel slice recipe. I found it at the exact same moment that a little Work View window popped up to take a screen capture. Funglebum. I had two choices: 1) do nothing and hope my Elance client really likes caramel slice or 2) remove yet more screen-shots from Work View. Le sigh. Yeah, you can guess the option I went for. I’ll say this for Work View – it keeps you accountable. And hungry. So very, very hungry.

Day 13 ended with me working to midnight for my client, not making caramel slice and conducting SEO keyword research about tampons and maxi-pads. I’m truly living the dream.

Can you please settle an argument we are having in the office?

My boss is suggesting that we should bid on our brand name in AdWords to make sure we come up at the top of Google searches. I don’t think we need to because we are already coming up high in the organic search results for our brand keywords.

Wouldn’t it just be a waste of money to pay for an ad?

Sorry, but in this case, I agree with your boss ? .  I think it’s good practice to bid on your own brand with pay per click advertising, for a variety of reasons:

1) Studies have shown that brands that rank high in both organic results AND paid ads receive more conversions than brands that just use one or the other, due to the saturation factor and extra brand exposure gained.

2) Unless you use paid search ads, you cannot guarantee that your brand will show up in the top search results for brand or product related searches. Organic search results will look different for everyone, based on their location, search terms used, their search history and personal preferences. The only way to guarantee a top spot is to pay for it. Also, ads will usually gain more clicks than organic results, depending on their location on the page, so you want to make sure you grab that brand click, no matter what prompts it.

3) You cannot control HOW your site will be shown in the search results unless you use paid advertising. Organic results may display the content of your page title, or a random snippet of text from your page, depending on the assumed context and what the search engine deems to be the most relevant. The organic click may also take visitors to a landing page you didn’t expect. Whereas your paid ad will show your brand in exactly the context you choose and take clickers to your preferred landing page.

4) If you have distributors or affiliates for your brand, it is possible that they may out-rank you in the organic search results for your brand-related keywords, therefore grabbing the click and making the sale, resulting in some loss of $ via commission. Making sure your ads out-rank them means you retain the full $ for any conversions.

If you are still sceptical, may I suggest reading Brad Geddes’ excellent article Should You Bid On A Keyword If You Rank Organically For That Term? where he shares the results of several detailed experiments to debunk the myth of PPC cannibalization.