Greetings and salutations! It’s been a pretty cruisy week in the office, which has given me more time to research some juicy Fast Five links for you. It’s another mixed bag, a couple of Google stories, a couple of Facebook stories and a curve ball article about Infographics.

2) Google+ At 3 Years Old: Not a Ghost Town, But a Social Referral Graveyard by Martin Beck. There’s an old joke amongst us online marketers that goes:“Google Plus has millions of users! They all just happen to be Google employees”. But all jokes aside, despite having millions of users, Google’s own social platform is suffering from a chasm of referral traffic. Martin Beck takes a look at the depressing stats and possible reasons for the lack-lustre performance.

3) The Best Infographics of 2014 by Lindsay Kolowich. Bit of a sucker for a good infographic? Yeah, me too. Lucky for us, one of the clever crew over at HubSpot has compiled a list of this year’s most interesting and useful infographics. I feel some serious yak shaving coming on via that link.

4) Facebook and the Ethics of User Manipulation by Alex Wilhelm. So my reader has been lighting up for the past week with stories about *that* Facebook experiment, where staff at the social mammoth supposedly manipulated our newsfeeds to test our psychological reactions. With the true nature of the testing exposed, industry reaction has been overwhelmingly negative, with Huffington Post hysterically comparing the experiment to lab rat testing. This TechCrunch article from Alex Wilhelm is one of the more measured and thoughtful pieces about the entire incident.

5) Facebook Responds to Negative Reactions to Its Experiment on Users by Adario Strange. And because it is such a hot topic, here’s another article on the whole Facebook Experiment debacle. This one by Adario Strange of Mashable includes feedback from Facebook both about the experiment and the vitriolic reaction it received from the public. 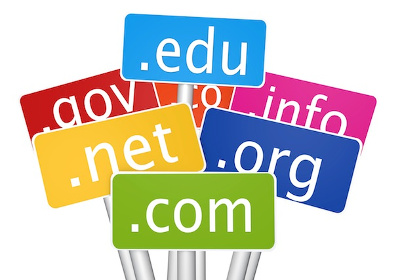 The move confirms rumors that Google is serious about selling domains – rumors that began when the Internet giant made DNS changes to GoogleDomains.com in late March, after having owned the domain for several years. Domaining is a thriving industry, growing every year, as evidenced by GoDaddy’s latest IPO announcement.

Google Domains is currently in invitation-only BETA release, but on appearance, will be a fully-fledged domain registration service on public launch, with all the customizable domain features of large registrars.

I’ve requested my invitation to participate and will review the service here on the blog as soon as I can. Watch this space!

Welcome to another Fast Five and the final instalment of our theme of free downloadable eBooks. In this, our final week, we look at the: Top 5 Free Advertising Related eBooks.

1) AdWords Step by Step by Google – It’s amazing the number of marketers who abandon AdWords as a channel following a string of failed campaigns. The truth is that AdWords is a complex and tricky beast and you really need to educate yourself in campaign set up and planning before any of your ads go live. This free eBook by Google is a great starting point for both new advertisers and experienced marketers.

2) Google AdWords: A Brave New World by Google – Andrew Goodman wrote the first eBook on AdWords, over 10 years ago now. As Andrew states in his book, the world of AdWords changes frequently, even though many of the fundamental principles do not. Andrew’s original eBook eventually morphed into a 400 page published book that quickly became everyone’s favorite AdWords reference and has been updated several times. This pocket guide is a 40-page mini version of Andrew’s book, that offers a faster read for marketers in a hurry to understand the complexity lurking in Google’s advertising system.

4) Conversion Secrets of a Million Dollar Landing Page by Conversion Rate Experts – This case study really put Conversation Rate Experts on the map. During the process of building a highly converting landing page for SEOMoz.com (now re-branded as Moz.com), CRE obtained such phenomenal results, that they set a new conversion benchmark for the industry. This online case study (downloadable as a PDF) is another resource I refer my students to frequently. It contains invaluable advice on boosting your ad and landing page response rates and highlights all the key features of high-converting content.

5) From Abandon to Conversion: Why Shoppers Abandon Carts and What Merchants Can Do About It by Bronto – Shopping cart abandonment is a major problem for online retailers, with rates averaging between 60-70 percent. Departing shoppers represent a significant amount of lost revenue and to reverse that trend, you need to understand customer motivations and reasons for abandonment. For this white paper, Bronto staff examined the carting experience and follow-up email strategies of 100 retailers to discover the reasons for abandonment and the top strategies for bringing those shoppers back.

Need to learn Online Marketing but not sure where to start? Access your Free Lessons. No catch!

I took your Google Analytics 1 day course last year through the Institute of IT Professionals (and loved it)!

I’ve been getting a few curly questions from our members (physiotherapist business owners) that I don’t know the answer to so I was seeking your help. Here’s one that I had from one of our members, just on the off chance that it’s a super easy one to answer! If not I will continue on my googling quest to find the answer.

He says “I’m a physio business owner and a competitor is using my actual business name in their Adwords – not in the keyword search terms but the actual ad. IS this illegal and can I make them take it down?”

Kalena, from my research through Adwords policies it looks as if the answer is no, this is not illegal. Using a trademarked term “Gmail” in your ads is illegal – but I couldn’t find any mention of just using a business name.

Appreciate any insight you might have! And will hopefully see you at another course this year.

I do remember you, lovely to hear from you.

It just so happens that I researched this very topic not too long ago ?  It all started with a question submitted to my blog: Can competitors use my company name in their AdWords ads?

After some more research, I ended up writing a more detailed article about it for SiteProNews: Making Sense of Trademarks in AdWords.

The short answer is that it depends on the region of the advertiser. Google may also have changed their policy since publication of that article, so make sure you check for the latest policy wording.

Need to learn AdWords but not sure where to start? Become a subscriber and take our PPC101 course.

It’s time for this week’s Fast Five and to continue our popular theme of useful eBooks. This week we look at the: Top 5 Free Social Media Related eBooks.

1) The Marketer’s Guide to Social Media by Vocus – This guide is written for marketers to help them come to terms with where they should invest their time and money and what social media tactics will help them achieve the greatest ROI. The guide includes insights from social media butterflies Ekaterina Walter, Jason Falls and Michael Stelzner that will take you through the most pivotal social media marketing trends and show you how to leverage them to deploy winning campaigns.

2) The Definitive Guide to Social Marketing by Marketo – If you are looking for a comprehensive understanding of Social Media for business in under 100 pages, this visually splendid eBook won’t disappoint. Written from a strong business ROI perspective, this guide is the one eBook I recommend most often to all my Social Media Marketing workshop attendees.

3) How to Get 1000+ Followers on Twitter by Hubspot – If you’re a Twitter junkie like me, this snappy eBook will make light work of the problem of not having enough Twitter followers. The advice includes how to optimize your Twitter profile, how and when to follow people, how to use hash tags and what to retweet.

4) Do It Yourself Social Media Audit by JanetFous.com – Did you know that you should conduct a social media audit quarterly? Well apparently you should. According to Social Media expert Janet Fouts, it’s a good idea to conduct a social media audit every so often to step back and take a benchmark of your performance. This allows you to see yourself as others might see you and judge if you are delivering the message you think you’re sending. It’s also a good way to evaluate what networks are working for you, which aren’t and if you are using social media efficiently. This eBook shows you what you need to do in order to audit your own Social Media activities and set a benchmark for the future.

5) Building a Killer Content Strategy by Hubspot – Everyone knows that great content is the foundation of highly trafficked sites. But how do you define *great*? How should you implement a content creation and publication strategy? This guide will teach you how to do all these things by giving you actionable advice, including how to understand your audience, map content to the buying cycle and build an editorial calendar.

Need to learn Online Marketing but not sure where to start? Access your Free Lessons. No catch!