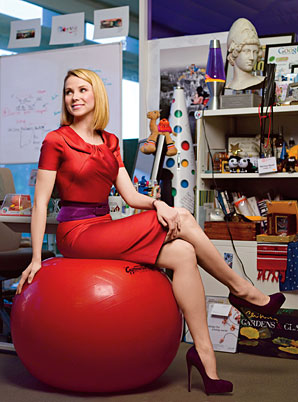 The Twitterspehere has been aflame for the past hour with the breaking news that Google’s Vice President of Search Products and User Experience, Marissa Mayer has been announced as Yahoo’s new CEO.

News of another Yahoo CEO was nothing out of the ordinary –  they’ve had 5 CEO changes in 5 years – but the fact that it was Google’s blue-eyed girl has come as quite a shock to the search industry. Marissa has been the *face* of Google for 13 years and was Google’s 20th employee. She has been the driving force behind the makeover of Gmail, the launch of Google news and is considered one of Google’s stalwarts. To see her named as CEO of one of their two main rivals has caught most people by surprise.

The surprise has been a pleasant one though – the overwhelming sentiment on Twitter has been that if anyone can turn Yahoo around, it’s Marissa. Yahoo stock holders clearly agree – the stock has risen by nearly 4 percent since the news was announced. In an interesting twist, Google learned of Mayer’s resignation via a telephone call.

What will this mean for Yahoo? Who knows, but her appointment alone has raised hopes Yahoo can regain all-important market share. Watch this space!