Not sure how this escaped my attention until now, but late last year, Bing apparently publicly acknowledged that they still support the META Keywords tag.

Here we all were thinking that the tag had quietly died in it’s sleep after a prolonged illness. After all, the last remaining engines it was hooked up to had gradually switched off support, Danny Sullivan had publicly declared the tag dead and spammy meta tag content had become the subject of myth and legend, mentioned only in humorous anecdotes shared over drinks at search industry conferences.

But despite what we all thought, Bing has indeed been indexing the content of the META Keywords tag, but as a signal for detecting low quality sites, rather than influencing page rank. What has caused all the renewed interest and kerfuffle? Duane Forrester, Senior Product Manager for Bing, kicked off the confusion when he said this about the tag on Webmaster World last year:

Meta keywords is a signal. One of roughly a thousand we analyze… Abusing meta keywords can hurt you.

Then followed a cloud of webmaster confusion and forum banter about whether SEO’s should resurrect the tag on their client sites or not.

As far as I know, Bing is the only remaining major search engine putting their hand up to claim they index the META Keywords tag. According to Forrester’s recent discussions with Danny Sullivan, they use it as one of their page quality signals, so it doesn’t contribute to page ranking as such.

So here’s the deal: the content of the tag may help Bing understand the context of your page, but it won’t impact where your page ranks on Bing. In fact, if it is stuffed with too many keywords or repetitions, the tag may send a *low quality* signal to Bing about your site, so it is best created very carefully or not used at all.

For educational purposes, we are still asking Search Engine College students to create a META Keywords tag as part of their assessment items. However, this is to ensure that students know how to craft the tag correctly, in case they decide to use it or are required to craft one in the future for employers or client sites.

If you are still using the META Keywords tag and it looks like an endless keyword repository, I’d suggest changing the content to focus on keyword variations that are still related to your page content, but that you’re unlikely to use in the visible content on the page. Things like synonyms, plurals, jargon, regional variations, related terms and word stemming.

If you don’t currently use a Meta Keywords tag, don’t automatically assume you need to create one just for Bing. If you get it wrong, it will likely do your site more harm than good.

What did you do this past weekend? Did you build a business from scratch? Me neither, but I CAN say I helped 10 teams of people do just that. 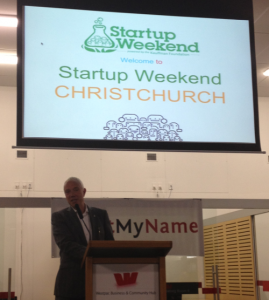 From 6pm on Friday until 8.30pm Sunday evening, I was a mentor at the inaugral Christchurch Startup Weekend, which was held at the Westpac Business and Community Hub in Addington.

Startup Weekend  is an intense 54 hour event which focuses on building a web or mobile application which could form the basis of a credible business over the course of a weekend. It’s open to anyone, but primarily attracts software developers, designers, marketers, product managers, business strategists, students and startup enthusiasts. More than anything else, Startup Weekends are all about education.  The idea is that teams learn through the act of creating, building a strategy and testing it as they go.

Part of the global Startup Weekend phenomenon, the Christchurch event (hashtag #chcsw) was more popular than similar events held in Auckland and Wellington, attracting over 100 participants and 31 separate business pitches, much to the delight of organizers.

The weekend kicked off at 6pm Friday night, with registration and a casual networking dinner, enabling attendees and mentors to mix and get to know each other prior to the pitch frenzy. There were plenty of beards and geek tees on display, a few larger than life personalities and even a team of nerdy hopefuls that had driven a campervan down from Wellington and set up camp in the stadium carpark. What intrigued me the most was a gaggle of young male high school students, who I (wrongly) assumed were attending in support of their older siblings.

After dinner, Christchurch Mayor Bob Parker officially opened the event, reminding everyone that entrepreneurship such as that being incubated this weekend, was crucial to the post-quake rebuild efforts of our city.

Following the welcoming address, whoever wanted to pitch a business idea had 60 seconds on stage to impress the room and attract others to form a team around their idea. Halfway through the pitches, two of the 14 year old high school students got up with a pitch of their own – knocking the socks off the audience and reminding me not to ASSume anything!

With 31 ideas pitched, each pitcher was given a sign and each attendee given stickers with their name on to place on the sign of their choice. The more stickers on your sign, the more likely your idea would make it to the team formation stage. Only 10 ideas could survive the cull and it was no surprise that the most confident and amusing pitches attracted the most votes. The surviving teams emerged as: 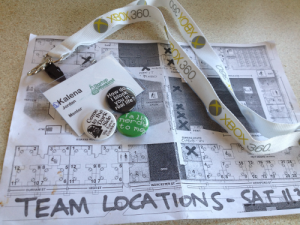 More than half the teams changed business models and/or product names over the course of the weekend, most forced to do so after performing market 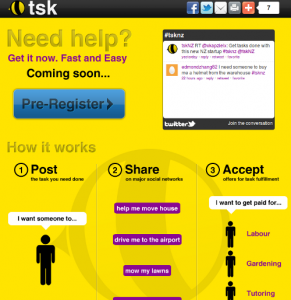 research and customer validation. Along the way, they were observed by 20 mentors who watched closely how they responded under pressure, how they negotiated egos and meshed with other team members in a common cause to build a viable business in 54 hours.

Whenever the pressure got too much, teams would break out the V energy drinks and hold Nerf gun wars in the corridors.

Part of the challenge of being a mentor is to hold back from becoming too involved in team strategy. The role is actually similar to that of a counselor – the best way to help is to stand back, observe the team dynamic, ask questions that get them to look at things from a different angle and know when to step in and steer them back on course. I often joined fellow mentor Wendy from Hot Pyjama Productions to observe and guide a team in a joint effort rather than provide them with a single perspective.

A couple of times over the weekend, I found myself getting caught up in the excitement of features, benefits and long term product potential. It’s tempting to inject your own ideas into a team’s business model, but as Lead Organizer Alan Froggatt consistently reminded us, the personal journey of team members is what Startup Weekend is all about, not the product they end up with. At the close of the event, it doesn’t really matter who wins, because every team member has learned something about themselves and their abilities that is much more valuable than the $2,500 prize package.

So who won the prizes and what did they get? 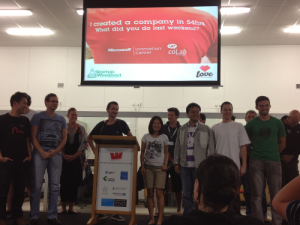 There was also a vote by all team members on their favorite pitch, a People’s Choice award if you like. It was a lovely testament to the event that Team Media Mansion won that as well. We were all incredibly impressed by the maturity and business savvy demonstrated by the youngest team to ever participate in a Startup Weekend.

All in all, a fascinating 54 hours and extremely worthwhile for all involved. My biggest takeaway is that the participants taught me much more than I could have instilled in them – education in the true sense of the word.

Amnesia Razorfish are looking for an exciting and dynamic person to join their team, to work on Australian SEO projects for existing and new clients in their Melbourne office.  They’re a young, outgoing team with a passion for all things digital and marketing.  With great people and technology, they already work with some of Australia’s best brands and it will be up to you to help them continue that success!

At Amnesia Razorfish, they absolutely love doing what they do, secondly they go to lengths to employ the best people possible. Inside their walls you’ll find the most passionate strategists, creatives, geeks, planners, user experience designers, programmers, media buyers, information architects and many other specialists! 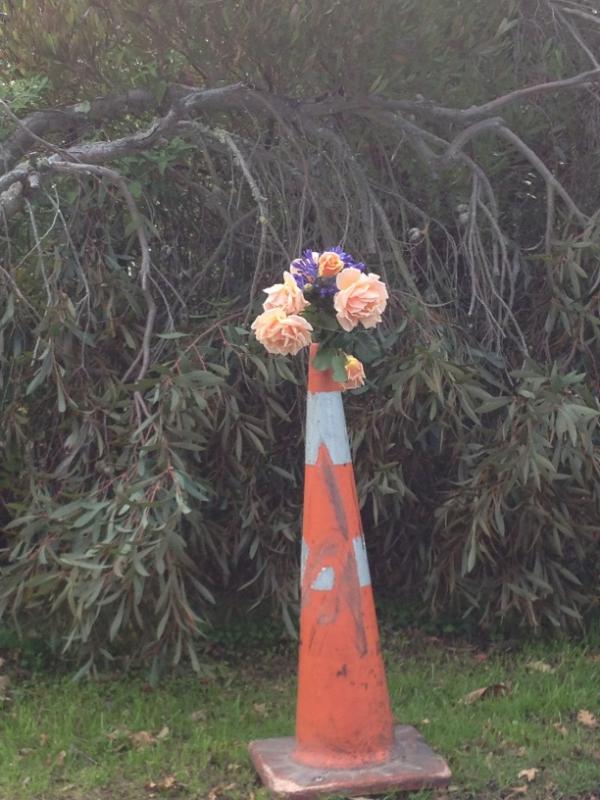 A year on and still strong. Kia Kaha Christchurch.

Currently, Hair Direct need an SEM badass – a professional bulldog that has the experience to hit the ground running and the passion to drive their metrics through the roof. But they don’t just want someone to manage their search marketing (something they’ve been successfully doing in-house for over a decade now) they also want ideas, theories and someone that isn’t afraid to pick sides.

They spend over $50k per month on pay-per-click alone. So wimps and weak nerved individuals need not apply. This is a big job. It’s important to the success of their company… and to the guys who run the place. So this is a job for a superstar that wants to be noticed.

When they say SEM, they mean everything. The successful candidate will assume job responsibilities that span across both paid and non-paid (organic) search marketing.

Experience in the following areas is required:

Not required, but awfully helpful

Great. This is a senior-level position. They require experience. If you don’t cut the mustard, don’t expect a reply. But if you’re serious about SEM and ready to bring your ninja skills into a new fight — they can’t wait to meet you!

The best way to apply for this position is to send them an email (work[at]hairdirect.com) with a few words on why you love SEM and why you’d like to work for them. Oh and if you wanted to attach your resume, that would also be fine. But they really like cover letters (and manifestos).

Salary and actual job title are negotiable, depending on experience and level of awesome.​