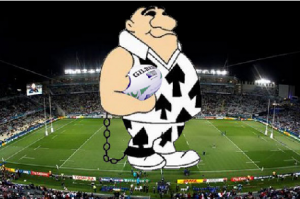 It’s been a while since I’ve had a rant on this blog and this one is unrelated to the search industry, so please bear with me.

Anyone who knows me knows I am a rugby NUT and an All Blacks tragic. So I’ve been following the Rugby World Cup action very closely over the past few weeks. The thing is, I’m finding this particular RWC season to be almost unbearable from a media perspective.

First it was the media coverage following the All Black’s 41 to 10 win over Tonga. The New Zealand media were bad enough, claiming the All Blacks played poorly and that the 41 point victory wasn’t decisive enough.  Which prompted me to ask Twitter:

“If a 31 point win margin *fails as a decisive victory* then how many freaking points did the #allblacks need to win by?”

Then there was the Wall Street Journal piece, written by someone who clearly doesn’t know anything about rugby (“New Zealand – nicknamed the All Blacks due to their attire” – REALLY?), claiming that the All Blacks “failed to inspire” and that “the win wasn’t sufficient to reassure fans”.

Of course, there have been the expected digs at the All Blacks team by the Australian media, about how they were going to choke, just like the last World Cup and Aussie television news anchors having a good old chuckle at the done-to-death sheep / Israel Dagg jokes wheeled out by the sports reporters. Commentators Andrew Slack and Ken Sutcliffe for Channel Nine in Australia clearly find it difficult to hold back their bias when it comes to their coverage of Wallabies matches. But in my opinion, there is a clearly defined line between light-hearted fun poking and outright racist commentary.

Today, New Zealand’s TV3 stepped over that line, in my opinion. With their One Eyed Kiwi Commentary of today’s game between the All Blacks and the Wallabies, I think 3News have sullied New Zealand rugby with their offensive, juvenile and racist pre-match banter. I wanted the All Blacks to win as much as anybody, but that promoted commentary was simply embarrassing.

And on it goes, with more crude anti-Australian jokes thrown into the mix. Based on his tweets, the content appears to have been written by a post-grad journalism student called Michael Oliver who is apparently about to be employed by TV3.

Now my main problem with this is not so much the content, as juvenile as it is. You can see this type of immature trolling on Twitter or Facebook about any big sporting event. No, my problem with this lies in the way it is presented on the 3News web site. It is published as *official* RWC content. There is no banner or byline indicating this content is written by a guest blogger or a student. The content is simply presented as endorsed coverage of what is likely the most important game of the World Cup, on the site of the official media sponsor covering the event.

I am concerned that the content will be viewed as offensive, if not outright racist and by allowing it to be published, TV3 is endorsing those views. As an Australian, I was quite offended, even though I (mostly) live in New Zealand and am a hugely vocal supporter of the All Blacks. I can only imagine how Wallabies supporters would feel upon reading that. And the petty limpet mine (Rainbow Warrier) reference is really quite a controversial and dangerous topic to bring up with so many French media representatives in NZ right now.

What’s worse is how proud the author is of his field day approach:

With millions of international viewers studying New Zealand closely right now, can TV3 really afford to be seen as endorsing such potentially racist drivel? I don’t think so.

TV3 have a very strict policy when it comes to comments left on their site:

Right. But that apparently doesn’t apply to their own contributors?

I left the very first comment on the page, politely expressing my concerns, but for some reason, @3newsnz seems to be only publishing positive comments. When I tweeted Mr Oliver about this, he claimed he didn’t have control over comments.

What do you think? I’d love to hear your comments. And unlike the team at 3News, I’ll actually publish them.

POSTSCRIPT 1: Since I started writing this blog post, TV3 have put up a pseudo disclaimer in red text on the page. It reads:

“Thanks for tuning in to tonight’s completely biased commentary. It was all in good fun, and no offence to our friends across the ditch was intended. The Wallabies weren’t allowed to play, and that’s entirely due to their opposition being on another level.”

Who They Are: A team of interactive media professionals who are obsessed with optimization and conversions. They design promotions and products that turn online users into real-time buyers.

Their IDEAL Candidate: YOU are a multitasking magician who has the ability to look after every aspect of the Sales and Marketing team. You understand the various distribution channels of online marketing, and work well with teams to maximize campaign performance and distribution. You’re a fast learner, and can quickly apprehend how to utilize and maintain AI’s tracking software to troubleshoot all tracking issues and discrepancies, and optimize campaign performance. You’re proactive and possess a high level of business acumen, communication skills and professionalism as you interface with key technology executives on a daily basis. You have a team-first attitude, and thrive in a creative and dynamic work environment where you’re at the center of optimizing strategic growth.

What you’ll be doing:

Still with us? Excellent!

What you’ll also be responsible for:

About Acquinity Interactive: AI was created by a group of individuals with a passion for online marketing and a belief that there’s a better way to do it. With a little savvy and a whole lot of passion, they’ve created a proprietary technology system that works, and they prove it to their very satisfied customers every day. How did they reach that level of success? By finding creative, dedicated individuals like you, who are just as passionate about getting it right – and willing to go the extra mile to make it happen. Plus they play as hard as they work, with regular team-building events, fun contests and a whole lot more!   Compensation: Competitive salary commensurate with experience. Individual & family medical insurance, dental insurance & vision care options.   Acquinity Interactive is an Equal Opportunity Employer. 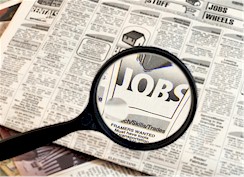 This week’s Search Industry Job of the Week is not really a job in the search industry. It’s actually more of a product marketing role with a little SEM mixed in, but the reason I’m featuring it on the blog is because the gig is for one of my favorite clients: Xtend-Life Natural Products in New Zealand.

Here are the deets:

This is a new role with one of NZ’s most successful online businesses. Work remotely from the location of your choice. Head office is based in Christchurch, New Zealand where you will be required to be from time to time. The purpose of the role is to drive profitable sales of skincare products through a broad range of e-commerce, web and social media communications, delivering on an integrated product and sales marketing strategy.

Using your strong product lifecycle planning experience you will develop a deeper relationship with existing customers, reach new customers, and enhance the company’s brand and values.

Each of the dietary supplements and skin care products in Xtend-Life’s exclusive range was developed to meet specific needs, using only natural ingredients from the best sources around the globe.

Since the first products were released in 2000, Xtend-Life has enjoyed a steady growth thanks to an ever increasing foundation of loyal customers who purchase products every month and refer their friends and family to Xtend-Life as well. This has enabled the company to develop additional products and continually refine those it has. The company’s manufacturing facilities are world class and because of the efficacy and quality of its products, it now supplies customers in more than 95 countries. 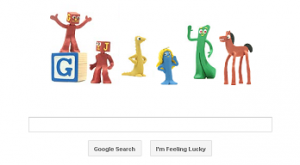 Art Clokey was the pioneer of stop motion clay animation, bringing to life Gumby and his horse Pokey, who first appeared on the American kid’s show Howdy Doody. Art Clokey died last year, but to celebrate what would have been Clokey’s 90th birthday yesterday, Google’s home page featured the tribute doodle you see pictured.

The initial image shows a toy block and 5 balls of colored clay representing the letters in GOOGLE. Clicking on any one of the clay balls launches a delightful animation of the clay taking the shape of one of Clokey’s famous animated characters. A link above the doodle takes you to SERPs for Art Clokey and his life.

One of Google’s better doodles! 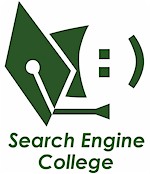 Did you catch the latest issue of our Search Engine College newsletter?

This issue includes an article about trademark usage on Google AdWords, as well as a series of Q and A’s from this blog.