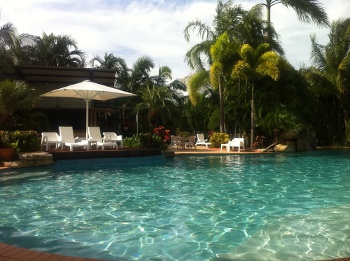 By now, most of you would have heard that my home town of Christchurch, New Zealand was hit with another huge earthquake last month.

Although smaller on the richter scale than the 7.1 in September and lasting less than 10 seconds, this 6.3 earthquake on 22 February caused widespread damage and 182 fatalities because it was much closer to the city and very shallow at 5km deep.

According to scientists, the ground accelerated at more than twice the force of gravity – the highest ever recorded during an earthquake in New Zealand and a force that no building is EVER built to withstand. The quake also happened to hit at lunchtime, when thousands of people were out and about in the city.

My beautiful city is completely unrecognizable, with our iconic Christchurch Cathedral lying in ruin and the collapse of many buildings in the CBD causing death, destruction and horrific injuries. The epicentre was less than 1km from my house as the crow flies – in the port of Lyttelton – a few metres from the day care centre my son used to attend.

Needless to say, my house was pretty trashed, both inside and out. My husband and I were home at the time of the quake and could only watch helplessly as plate-glass windows shattered, doors fell off frames and concrete walls tumbled outwards while the floor beneath our feet slid from side to side.

The feeling is hard to describe, but it was as if a clumsy giant had mistaken our house for a toy snowglobe and was shaking it as such. I was sitting in the dining room when it hit and I have matching bruise strips across my thighs from where I was repeatedly thrown up and down in my chair against the dining table. Just one or two plates remained in the kitchen cupboards after the quake – everything was upended onto the floor – food, crockery, glassware, the lot.

We had yet to learn of the deaths and devastation in the CBD, but my husband and I knew immediately that it was going to be bad. With a wrecked house, a scared 7 year old and having already put up with the stress from the first quake, followed by 6 months of aftershocks, we looked at each other over the shattered crockery and agreed that we were done. The decision was made to leave Christchurch and move back to the solid ground of Australia, my country of birth.

Within a week, my husband secured a new job in Darwin, so we packed up what was left of the house, left the keys with friends and boarded a plane to Australia on 10 March. We are among the lucky ones with a portable business, enabling us to live anywhere in the world. But many of our friends and colleagues must remain in Christchurch and endure whatever hardships the next few years will bring.

As far as Jordan Consulting Group / Search Engine College goes – it’s business as usual. Most of our staff telecommute and I am working from temporary premises here in Darwin until we can locate a suitable office space. Very enjoyable temporary premises, I might add (see picture).

We’ll be facing some big challenges over the next few months, but hopefully some even bigger opportunities.

Thanks for all your emails and continued support during this transition phase and I hope to be back to regular blogging duties shortly.